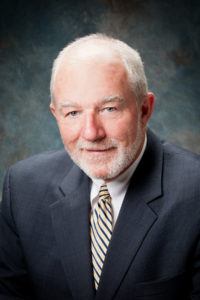 Mr. Green is recognized by his peers as a preeminent criminal trial lawyer. He is an exceptionally experienced litigator, having tried over One hundred cases to jury verdict, including acquittals in nationally significant federal criminal cases, white-collar, CCE and drug-related criminal cases. He has also secured many substantial civil recoveries, including a personal injury verdict in excess of One million dollars. Joe has successfully handled all forms of litigation, in subjects as diverse as death penalty trials and intoxicated operation of an airplane. He is presently litigating a number of claims on behalf of landowners whose properties have been damaged by pipeline construction.

Joe has also been active in his community. He served for eight years as an elected member of the Board of School Directors of the West Chester Area School District, and during that tenure he was elected twice in a District with over One hundred thousand residents and approximately 12,000 students. Joe chaired the District’s Property & Finance Committee for four years. During that period, the Committee and the Board evaluated, adopted and managed the implementation of a $220 million dollar secondary school renovation and addition plan. Joe has also been actively involved in judicial election campaigns.